In preparation for designation of the Atlantis Industrial Area to be declared a Special Economic Zone (SEZ), the Department of Trade and Industry (dti) conducted public consultations in July 2016 and October 2017.

The public participation process serves as a platform to engage and interact with various stakeholders of the Atlantis SEZ. The principle behind the process is that all the stakeholders affected by decisions or actions pertaining to the development of the Atlantis SEZ have a right to be consulted and contribute to such a decision.

Various public participation sessions were also hosted in 2018. These included a community participation session held by the DTI in February, a Business Breakfast hosted by Minister Davies and then Minister Winde in April. In May of the same year, various Deputy Ministers hosted a Business opportunities workshops, together with a career awareness day specifically targeted to youth, highlighting the opportunities within the ASEZ. Various public participation sessions followed which culminated in the public adoption of a Terms of Reference (ToR) for a representative stakeholder structure during an open meeting held in Atlantis on 15 November 2018. This structure, the Atlantis Special Economic Zone Community Stakeholder Network (ASEZ-CSN) is intended to act as the conduit between the Atlantis community and the Atlantis Special Economic Zone and its mandate is to ensure economic benefits attained through the SEZ in Green Technologies will benefit the Atlantis community. This publicly adopted ToR was jointly developed by leaders from Atlantis community organisations, representatives from all three spheres of government, as well as a GreenCape representative.

Request for quotation: Services to assist in project management, monitoring and evaluation (M&E), and training activities for community and youth contexts

GreenCape requires the services of a service provider that can assist in project management, monitoring and evaluation (M&E), and the design and delivery of a range of youth and community… Read more
Resilience Case Study: Atlantis Special Economic Zone Community Stakeholder Network: Building economic resilience in Atlantis 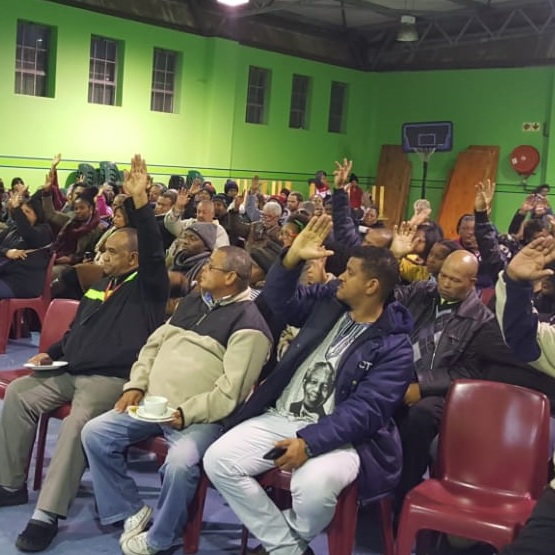